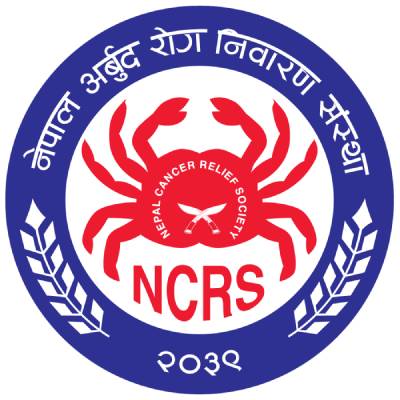 Nepal Cancer Relief Society (NCRS) is a non-profit community-based nationwide social organization founded by Late Princess Jayanti Rajya Laxmi Devi Shah in 1982 A.D (2039 B.S) with the aim of fighting against the spread of cancer in Nepal. The organization has now established its branches in 42 districts of Nepal and has been mobilizing 10,000 volunteers nationwide. NCRS is a pioneer organization for tobacco control in Nepal. NCRS works in both cancer prevention and its cure. Tobacco control is the major preventive activity done by NCRS because it is a sole preventable risk factor for several types of cancer.